What we do tomorrow is the product of what we accomplish now. 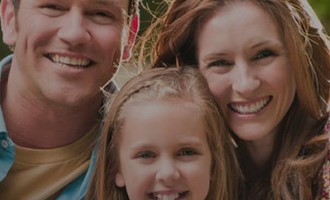 Modern Woodmen has been standing strong for members since 1883.

Modern Woodmen of America was built to handle uncertainties. We’ve weathered world wars, disease outbreaks, depressions and recessions. We’ve learned and grown over the years, and our forward momentum continues.

Modern Woodmen makes financial decisions in the best interest of our members, and they can be confident in our ability to meet short- and long-term obligations – no matter what’s going on in the world.

Here are a few stories of strength from our long history.

Modern Woodmen opened its tuberculosis sanatorium in Woodmen, Colo., to serve more than 12,000 members afflicted with tuberculosis between 1909 and 1947.

Modern Woodmen membership had reached 1 million in 1910, but the Great War, the Great Depression (1929-1933) and World War II (1939-1945) led to membership declines. Despite this, the organization remained strong.

Meet a Modern Woodmen representative in your community and begin to explore how shared values can work for you.

Find a rep near you

If you’re unable to find a Modern Woodmen representative in your community, we’d like to help.

Members who experience financial hardship due to disasters, such as fires, floods, storms or serious health problems, may apply for financial assistance to cover their Modern Woodmen life insurance premiums for a limited time.

Learn what our members have to say

W. Kenny Massey, president and CEO of Modern Woodmen of America, lost his father at an early age. Because of his experience with life insurance, he believes the promises Modern Woodmen makes to its members are very important.

A North Carolina member leaves behind fond memories and financial protection after his death.

Bjorn Sangder became a Modern Woodmen member in the early 1900s. The life insurance he purchased provided valuable financial protection and peace of mind. But his membership offered more than that. It also made him part of a brotherhood.