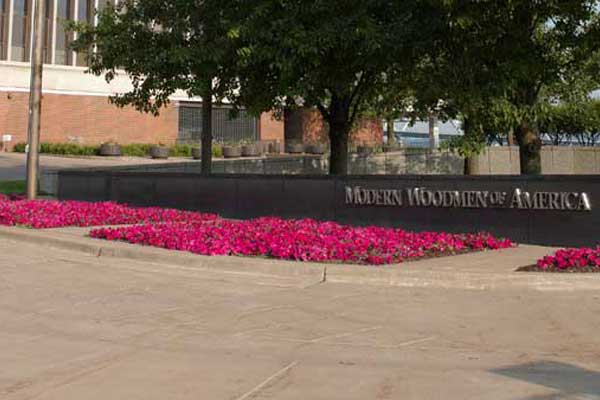 Helping members today and in the future

Samuel and Melissa Jessop weren’t worried about the future when they switched their life insurance to Modern Woodmen in 2009. Life seemed near perfect for the Utah couple and their children.

“We loved each other, where we lived and the work we were each doing,” Samuel says. “It was our dream, and then our whole world tipped upside down.”

Melissa, 42, had been the portrait of health. Then she started having chest pains. After a series of tests, doctors diagnosed her with Stage 4 lung cancer in November 2011. The cancer had spread to her brain and bones.

“She ate right. She exercised. She was never around smoking,” Samuel says. “We were shocked.” The Jessops had three kids, ages 9, 7 and 5, at the time. Samuel wondered how the family could go on without Mom.

An experimental chemotherapy drug offered hope. Scans showed less cancer. But in September 2013, Melissa went to the doctor for blurry vision. “They found 34 spots of cancer on her brain,” Samuel says. “I knew then she was going to die.”

Another blessing came when Modern Woodmen representative Doug Hunt made Samuel aware of the accelerated death benefit on Melissa’s life insurance, which allowed the couple to access her life insurance proceeds early.

“My biggest fear was I’d be at work when she died – that I wasn’t going to be there for her or the kids,” Samuel says. “After Doug called, I took a three-month leave of absence from my job. I was at home every day with her for the last month of her life.”

Melissa died Feb. 20, 2014. Her life insurance allowed Samuel to take time off work to help their kids deal with the loss.

Melissa and Samuel had planned for her $200,000 death benefit to pay off the mortgage on a duplex they rented out. Life turned out a different way. In addition to the $16,000 to bury his wife and $60,000 in medical bills after insurance, Samuel bought a different house about 100 miles away so his kids would be closer to Melissa’s family.

Samuel’s story is a reminder that life – and even loss – doesn’t always go as expected. Since becoming a Modern Woodmen representative in November 2014, he shares his experiences with the hope of helping other families prepare for life after the death of a loved one.

“It’s hard enough with insurance. You’re still going to deal with the emotional loss,” he says. “But it’s much easier if you don’t have to worry about money.”

When you’ve gone through it personally, you know the value of life insurance and believe in the product you’re selling.

Permanent life insurance provides protection for your entire life and can build cash value over time. Premiums remain level throughout your lifetime and can even be paid up within a specific time period. You can enjoy permanent protection for life without a permanent payment.

This benefit provides free books for children when all of the members in their household are also Modern Woodmen members. During their birthday month each year, qualifying children ages 1 to 16 will receive a free, age-appropriate book.

See this benefit in action.

In a Flash
Next story: Kenny's story